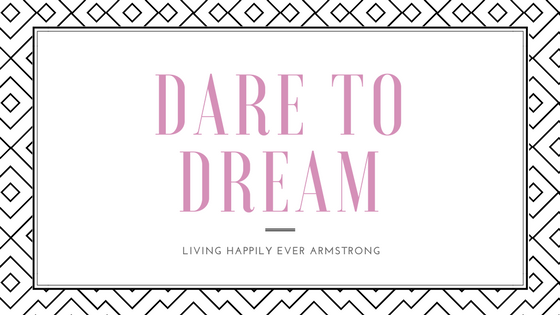 Not the best grammar, but let me explain what I mean:

I graduated college at the ripe age of 21 (about a year and a half early). I got married about two weeks later and started this military life right off the bat. I went job hunting for a year straight, 12+ months of resumes, interviews, and small jobs to pass the time. I was fresh out of college and eager to enter the job field, but the market was not ready for me. Every single time I went into an interview and they asked what my husband did, why I moved to California, or what my 5-year plan was, I could see the change in the air the second I mentioned the word military.

Employers do not see it this way. They see me as a burden, someone that they’ll pour time and money into only for me to up and leave them high and dry.

I don’t blame them, I am an economics major after and I understand the logistics of it. Doesn’t make it right, don’t get me wrong. There were plenty of jobs that I know I would have been great at but did not get simply because of my husband’s occupation. After a while, I guess I subconsciously started protecting myself. I stopped dreaming.

My job hunt ended last year. I finally found a job that seemed to be absolutely perfect! They were willing to take a risk on me, even though I was a military wife and they wanted to help me invest in my future. It was exactly the type of job that I wanted, in the field that I wanted. It was perfect, right?

Wrong. Too good to be true. Man, I learned a lot of lessons in the two months that I worked there. Enough to write a whole book, I would say. I spent every single day in that office, 42 days to be exact (not that I was counting or anything), being torn down and ripped apart. I was told that being not only a woman but also military spouse was the worst thing that could ever happen to me and I will amount to nothing because of it. I will never be successful.

Those exact words came out of my boss’s mouth within the first week of being hired on.

Like I said, I learned a lot of life lessons within those 42 days that seemed to last forever. The second I walked out of that building for the last time and got in my car, I felt a burden physically lifted from my shoulders and I started crying tears of joy. Unfortunately, the other burdens I gained did not leave so quickly.

I guess a part of me left that job with a sense of worthlessness, I believed the lie that because I am a military wife, I cannot be successful, I cannot pursue what I want.

I am a firm believer that everything has a purpose, even if we do not understand it. If I had not had that horrible job experience, it would not have led me to where I am today. I work for an incredible company with amazing people and more opportunities now than ever before.

Nick and I are at a crossroads with our lives. We’re about to enter a brand new chapter with the military which gives me a little bit more freedom than I had before. Last week, I decided to open a door I had sealed shut over a year ago; the door to my future.

I met with a mentor to talk about the possibilities and my options. I went in with the intention of pursuing graduate school. Possibly continuing on the business route and earning my MBA or maybe becoming a nutritionist as it’s peaked my interest over the last several months. I thought more training, more schooling, was the answer.

Instead, the meeting took a different route. I mentioned the fear of instability and limiting myself because of the nature of Nick’s job. He immediately stopped me and said, “Abby, you have your whole life ahead of you! I dare you to dream. You can’t afford NOT to dream right now. What do you want? Figure that out, then find the path that works for you and Nick. Not the other way around.”

That really stuck with me. “Dare to dream.”

Since then, I’ve spent this last week dreaming. I’ve thought about those inklings that I shoved away because I thought I could never get there. No dream is too big but I believe there are some dreams that are too small.

It’s no secret that I love Disneyland. I wrote a whole blog post about why if you’d like to read it here. When Walt came up with the idea, everyone told him he was crazy. No one had ever done anything like it before. Yet, Walt didn’t get discouraged or give up on his dream. Instead, he built the Magic Kingdom and in my opinion, changed the entire world forever.

Everything starts with a dream, or in Walt’s case, a mouse. If you don’t have the courage to pursue it, then the answer will always be no. You are only limited by your own imagination. Did Walt Disney say that? (My quick Google search says that Aesop said that, Greek storyteller, Walt Disney, same thing, right?) My point is that if you’re like me and limited your imagination to your perception of reality, it’s time to fix that.

So who’s ready to join with me? Together, let’s dare to dream and we might just change the world in the process.

There are many things outside of our control these

My Coronavirus Journal ❤️ . How are you docume

Celebrating one whole year of living in Utah and 4

The sun will shine again ☀️ and it will be a g

Well I made this mint chocolate chip cake yesterda

I was supposed to be at Disneyland today but in th

Weekends are for exploring 🗻 . Hiked a mini mou